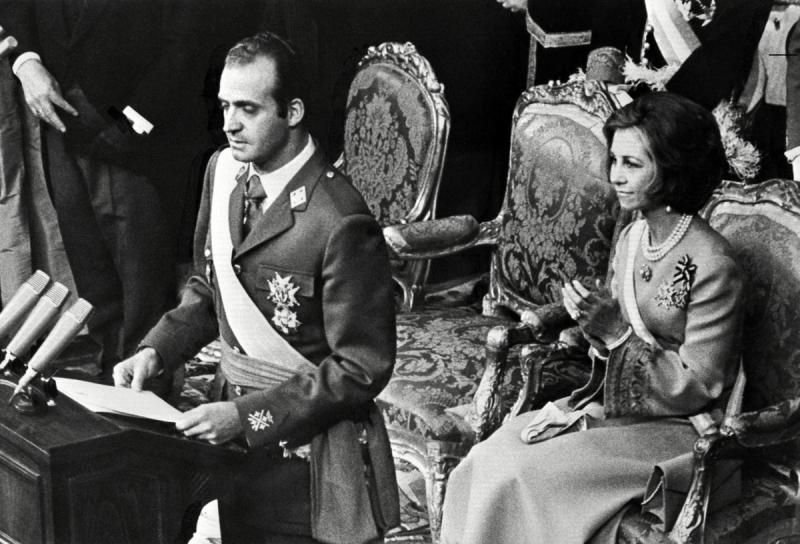 22, 1975 shows Juan Carlos of Bourbon taking the oath in front of the Spanish Parliament, the Cortes, and the Kingdom's Council in Madrid, next top his wife Queen Sofia. Spanish King Juan Carlos will abdicate in favour of his son Prince Felipe, the nation announced on Monday, ending a 39-year reign that ushered in democracy but was was later battered by royal scandals. AFP PHOTO / EUROPA PRESS-